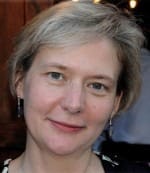 The doctor, a microbiologist. Works as a head of the BSL3 laboratory and a virologist in the Department of Virology. Develops diagnostic methods and procedures that can detect infections with very dangerous pathogens (including Ebola, Marburg, Dan, and other viruses that cause so-called hemorrhagic fever) and other newly emerging viruses that can pose a significant threat to life. or human health (for example, MERS and SARS coronaviruses or enterovirus D-68). Supervises and coordinates the work of the BSL3 laboratory and the work of the research teams, as well as directs the research that started in 2014. The BSL3 alarm group, which deals, among other things, with the diagnosis of cases of suspected Ebola virus infection. It is engaged in the detection, identification and differentiation of pathogens that cause human respiratory tract infections, with a particular focus on the impact of mixed viral or viral-bacterial infections (mainly caused by Legionella sp. and viral pathogens such as RSV, enteroviruses, coronaviruses, and bokaviruses). Member of the European expert working groups: ESGLI (for Legionella sp. infections), ENIVD (for viral infections that are dangerous to health, including Ebola virus and MERS-HCoV) and the ECDC working group established to monitor the activity of D - 68 (enterovirus that causes severe pneumonia).