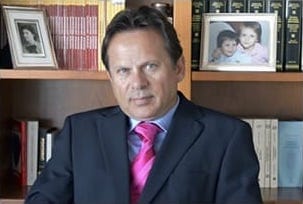 Professor of toxicology. He is the Director of the Department of toxicology and criminology at the University of Crete Medical school and the University clinic of Heraklion, as well as the head of the Department of morphology at the University of Crete Medical school in Greece. Honorary Professor of the Russian Federal Institute of hygiene and toxicology. Erisman in Moscow (2014), doctor Honoris Causa of Moscow University. Mendeleev in Russia (2016), doctor Honoris Causa of the far Eastern Federal University, FEFU, in Vladivostok ( 2017), and doctor Honoris Causa of Carol Davila in Bucharest (2017). In 2016, Prof. Tsatsakis was elected a foreign member of the Russian National Academy of Sciences (FMRAS). In 2017, he was elected an honorary member of the Bulgarian Toxicological society, and in 2018, an honorary President of the European Institute of food medicine (EINu.M.) and an honorary member of EUROTOX. in 2018, he was also elected a full member of the world Academy of Sciences (FMWAS).